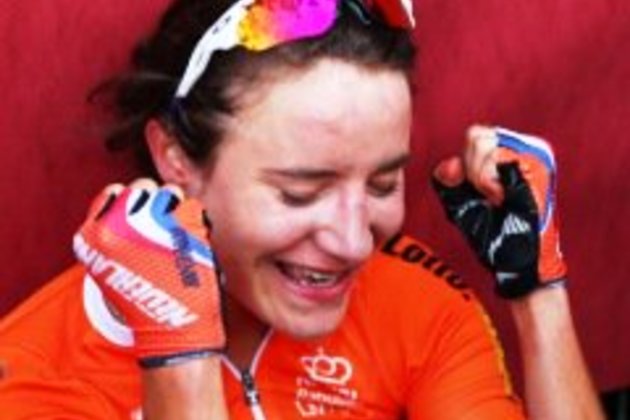 Pau - Dutch cyclist Marianne Vos won La Course race around Pau on Friday after a steep climb towards the finish line took Australia's Amanda Spratt out of the reckoning.

On a bright, sunny day in the Pyrenees Vos got clear at the very end of the 121km race and won by three seconds from Leah Kirchmann of Canada and Cecilie Ludwig of Denmark.

Double Olympic champion Vos, 32, who has won the women's Giro three times, succeeds her compatriot Annemiek van Vleuten who won the last two editions here but was seventh on Friday.

Spratt, who had broken away with 26 kilometres remaining, ran out of steam on a short section on a steep gradient just a few hundred metres from the line.

The women's race was run over several circuits of the course for the Tour de France individual time-trial which will be run later Friday.

"It was a pleasure to race over such a great course," said Vos of the five circuts around Pau's recently re-paved the roads.

"I always thought we could catch Amanda Spratt, and I went on instinct at the end."

She said women's cycling had changed since the first La Course edition in 2013.

"The teams are getting bigger and the calender is too, but not the rosters," she said.

Next objective for Vos is the world championships in Yorkshire in November.

"It's a tough course that suits Dutch riders," she said.