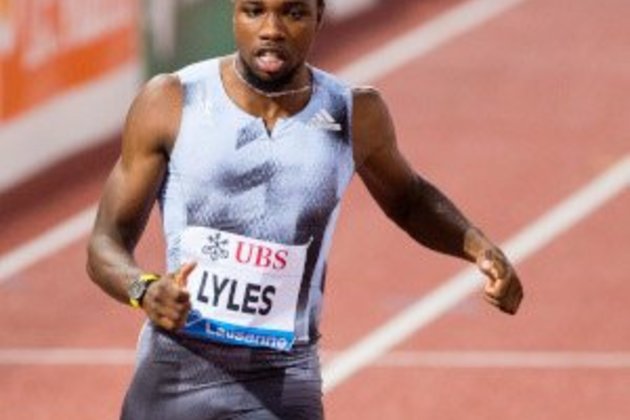 Doha - The 2019 IAAF World Athletics Championships get underway in Doha on Friday.

A look at three athletes who could prove to be star turns in the first global showpiece since 2003 not to feature Jamaican sprint legend Usain Bolt:

A precocious talent who dabbled with gymnastics and then the high jump but has become one of the most feared 200m runners, highlighted in 2018 by joining Bolt as the only sprinters to go under 19.70 four times in their careers. Like Bolt in 2009, Lyles did it in one season.

Bolt, for his part, does not doubt Lyles's talent but wonders if he can cope with the pressures and expectations of a world championships.

"It all comes down to the championship. Is he confident to come into a race after running three races and show up?" Bolt told the New York Times.

"For me, he has shown that he has talent, but when the championship comes, we will see what happens."

Despite the heat in Doha the young Norwegian could well break Kevin Young's 400m hurdles world record of 46.78 that has stood since 1992.

The charismatic 23-year-old and defending champion went under the magical 47-second barrier in Zurich in August, pushed hard by Rai Benjamin who also timed under 47 seconds. Warholm described the time as "crazy" but promised that there is more in the locker.

"It's just amazing and still the best will come. In a way, I'd like to say goodbye and see you next season but it's the World Champs, the biggest thing this year."

Warholm's hunger for success is crystal clear in the choice of his role model, fictional financier Gordon Gekko, the anti-hero of Oliver Stone's film "Wall Street".

Behind the sublimely-talented Warholm there is 63-year-old coach Leif Olav Alnes who pushes the young athlete to his limits.

"It's like we're the same age mentally - whatever age that is, whether it is five or 50, that is up to you to decide," said Warholm.

Sifan Hassan would provide quite a back story if she at last wins a major global title having arrived in her adopted country as a 15-year-old refugee from Ethiopia.

Hassan, 26, discovered her aptitude for running whilst she was training to be a nurse and controversial coach Alberto Salazar has seemingly worked his magic on her like he did with British distance great Mo Farah.

However, Salazar says she is the one who really pushes the limits, not him.

"She will routinely throw up after half a hard workout," Salazar told the FloTrack website.

"But, she'll throw up four or five times and then she'll say, 'All right, I want to keep going, next interval.' She's very tough."