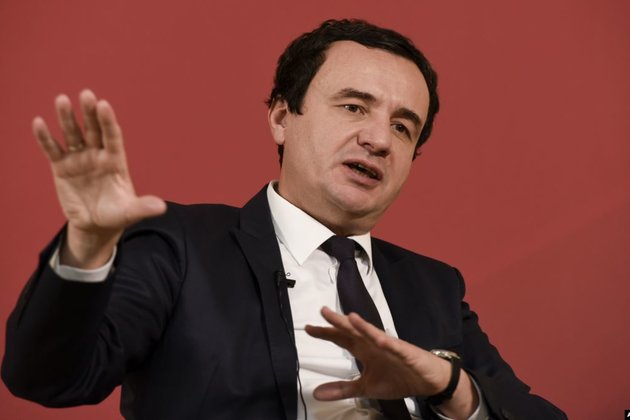 PRISTINA -- Vetevendosje, led by former student protest leader Albin Kurti, and the Democratic League of Kosovo (LDK) -- appear to have upended the ruling party, in power for 12 years, in snap parliamentary elections.

With 98 percent of the ballots counted as of midday on October 7, results from the Central Election Commission showed the leftist-nationalist Vetevendosje party garnered 25.6 percent of the vote, followed by center-right LDK with 24.9 percent.

The former ruling party, the Democratic Party of Kosovo (PDK), which has dominated politics for more than a decade, placed third, winning 21.1 percent of the vote, while the coalition of outgoing Prime Minister Ramush Haradinaj's Alliance for the Future of Kosovo won just 11.5 percent.

Kurti on October 7 promised major change, and pledged to work quickly to try and form a coalition government with LDK.

'We will contact the LDK to bring about this change. When the opposition becomes the government, that is when the changes will come. Our victory just started the changes,' Kurti said in Pristina.

Members of Vetevendosje celebrated in the capital, Pristina, as party leader Kurti declared "a new chapter" for Kosovo has opened, and he pledged to work quickly to try to form a coalition government with LDK.

"Because there was courage yesterday, there is hope," Kurti said in a post on Facebook on October 7.

"Your votes have given the opposition a convincing victory. Change has happened, the people have decided that this change will be led by Vetevendosje!" he added.

The LDK's prime minister candidate, Vjosa Osmani, said she believed the parties would 'sit down and talk about a coalition.'

Ten of the 120 parliamentary seats are reserved for ethnic Serbs and another 10 are set aside for other minorities, including ethnic Turks and Roma.

The elections took place after a campaign that was dominated by issues of corruption, high unemployment, and a possible peace deal with Serbia that would clear the way for Kosovo's membership in the United Nations.

Kosovo has Europe's youngest population with an average age of 29, and economic growth has averaged 4 percent over the past decade. But it remains very poor -- unemployment is 25 percent -- and more than 200,000 Kosovars have left and applied for asylum in the European Union since Pristina won its independence.

"Vetevendosje will face a big challenge as party of government," said James Ker-Lindsay, visiting professor at the London School of Economics.

However, he said the party will have to rebuild its image after stunts, such as setting off tear gas in parliament last year to prevent the ratification of a border agreement with neighboring Montenegro.

"They've reveled in being the enfant terrible of Kosovo politics, but at a cost. Their antics in parliament last year were reported globally. Told by diplomats it set back recognition efforts," Ker-Lindsay added in a tweet.