Five things we learned from the Bundesliga restart 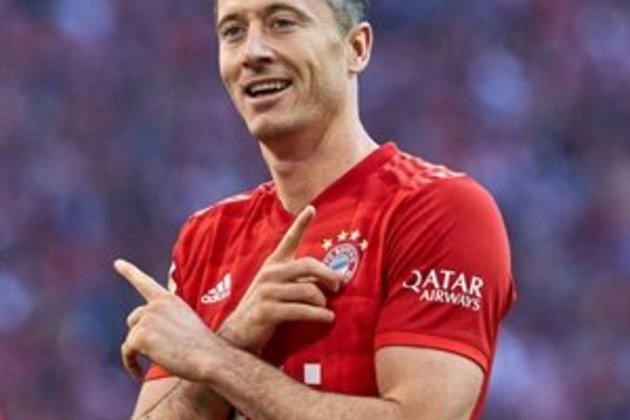 After a two-month hiatus due to the coronavirus pandemic, draconian hygiene measures were enforced at all nine matches.

The players are being regularly tested for the virus and substitutes wore face masks while sitting spaced out on the benches.

The games took place without fans with the players' voices audible inside the empty grounds.

There were modified celebrations to avoid contact, with goals being marked by elbow bumps and solo dancing.

AFP Sport looks at what we learned from the restart:

With fans absent, the lack of background noise in stadiums meant the referees found it easier to control matches.

"Players don't immediately rush towards the referee in the event of a controversial decision, they don't form into packs," said Guido Winkmann, who refereed Cologne's 2-2 draw with Mainz on Sunday.

"Probably because there are no fans, there are less emotions involved."

Lutz Froehlich, head of the Bundesliga's referees, said he felt there was "greater acceptance when the referees made their decisions".

The 62-year-old said players tended to focus more "on their tasks in the game" rather than remonstrating with match officials.

Without passionate supporters driving on the home team, only one of the weekend's nine matches was won by the hosts when Dortmund smashed Schalke 4-0 in the Ruhr derby.

"There is no longer any home advantage," said Julian Nagelsmann after his RB Leipzig team were held to a 1-1 draw at home to Freiburg on Saturday.

"Of course, as a host you are used to the stadium etc, but if the fans are not there, the home advantage is gone."

Curiously, the ball was in play more -- an average of 59:00 minutes compared to the season figure of 57:05, according to sports data company Deltatre.

It was in play the most in the goalless basement battle when Fortuna Duesseldorf were held at home by bottom side Paderborn, with 62:28 minutes of action.

The lowest figure recorded was in Cologne's 2-2 draw at Mainz, with the ball in play for just 52:23 minutes.

Statistically, there were slightly fewer shots - 24.3 compared to 26.8 - and goals, with 27 in nine games for an average of exactly three, down from 3.25 before the pandemic.

However, the players worked just as hard as before the enforced break.

The successful return weekend did not pass completely without a hitch, however, as in the heat of the moment some players forgot to avoid contact, especially when goals were scored.

However, not everyone could resist keeping their hands off team-mates during games, in breach of league protocol.

Hertha Berlin defender Dedryck Boyata apologised for grabbing the face of team-mate Marko Grujic to whisper instructions during their 3-0 win at Hoffenheim.

"We must definitely be careful now that we play under this situation," said Boyata.

"We have to adapt our way to play or celebrate."

On Monday, Robert Klein, the CEO of the international arm of the Bundesliga, said the clubs must remind players of the "guideline to celebrate within the social distancing norms".