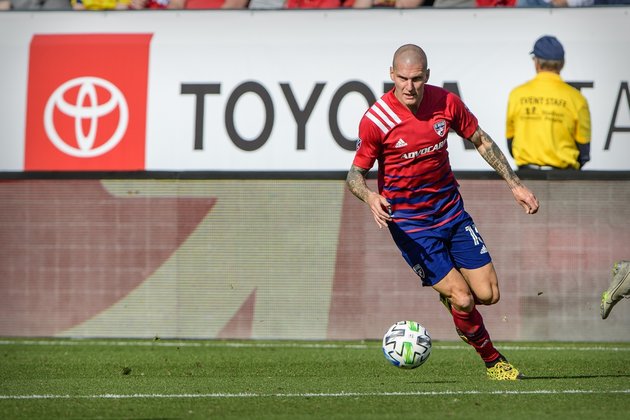 FC Dallas on Sunday announced the transfer of forward Zdenek Ondrasek to FC Viktoria Plzen in the Czech First League.

The move enables Ondrasek to return to his native Czech Republic. He has been away from FC Dallas this month while dealing with a family situation.

"Family is number one. As long as it's about family, everything goes aside," Ondrasek said in a statement. "Things happened pretty quickly this year. I had to decide quickly, and I did decide. I put the family in front of soccer. I would like to thank everybody here: in the club, around the club, in the city."

The 31-year-old Ondrasek tallied two goals and one assist in five games with Dallas this season.

Nicknamed "Kobra," Ondrasek had seven goals and two assists in 17 games during his first MLS season with Dallas in 2019.

"We have loved having Kobra here at FC Dallas," club president Dan Hunt said in a statement. "He was a big part of our run to the playoffs in 2019 and will always be a part of the FC Dallas family. We wish him the best with his future club and with the Czech National Team."

PARIS, France: Two of the largest energy companies have announced that they are leaving Myanmar, citing human rights abuses and ...