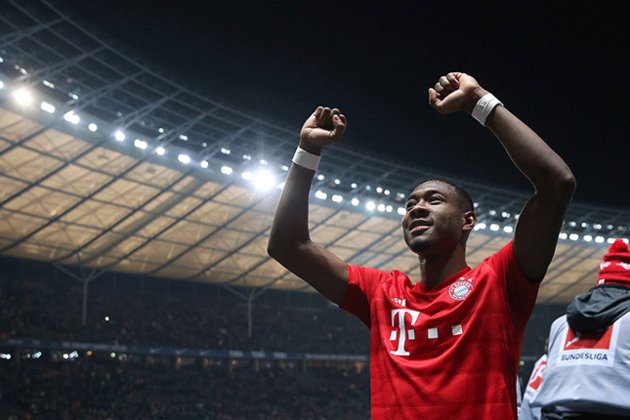 Bayern Munich board member Oliver Kahn has warned that the European champions will not agree a new contract with David Alaba at any price as the defender is stalling over signing a contract extension having been linked to Manchester City.

With a year left on his current deal, the 28-year-old Austrian international is reportedly insisting on a huge pay rise with the European champions.

"You have to look at the situation, we no longer live in the same football world as it was before the coronavirus. It's completely different," Kahn told broadcaster ZDF.

Alaba is said to want a pay rise to €25 million ($29 million) per year to out-earn Bayern stars Manuel Neuer and Robert Lewandowski.

"We are still in conversation with him and he knows how much we appreciate him as a person and player," assured Kahn.

Alaba sat out Friday's 8-0 demolition of Schalke with a leg injury.

The Bavarian giants are chasing a ninth straight Bundesliga title this season.

Having already seen Thiago Alcantara sign for Liverpool on Friday, Bayern are eager to keep another key member of their Champions League-winning squad.