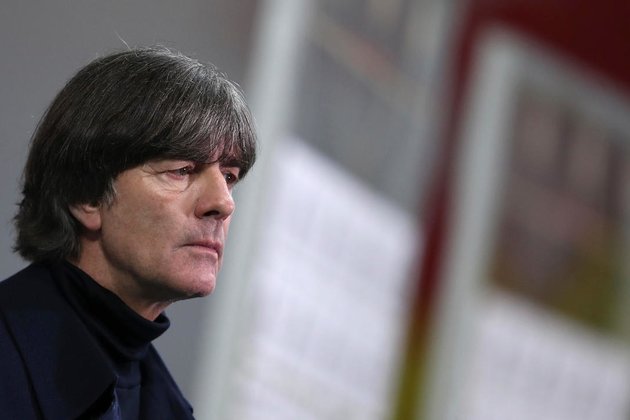 Football chiefs in Germany have vowed to stand by the beleaguered national team boss Joachim Loew despite the side's 6-0 humiliation in Spain in the Uefa Nations League.

Alvaro Morata headed Spain in front in the 17th minute in Seville before Feran Torres crashed in the second on 33 minutes after Dani Olmo's header hit the bar. Rodri headed home to make it 3-0 for the hosts at half-time.

Torres added his second just after the restart and completed his hat trick after 71 mintues.

By the time Mikel Oyarzabal notched up Spain's sixth, Loew was weighing up another lurid lowlight of his 14-year reign.

After his 2018 World Cup team served up Germany's worst performance at the tournament since 1938, he now carries the stain of overseeing Germany's ghastliest result since a 6-0 battering against Austria in 1931.

"This has been a bad day for us," he admitted after the annihilation. "You have to ask others if I should stay in the job. I can't answer that spontaneously," he added.

But in spite of the rout, the Deutscher Fussball-Verbund - the outfit which oversees the national team - said it was just one of those nights.

And DFB executives said Loew will stay in charge.

"The confidence is completely there," said Germany team director Oliver Bierhoff. "The path that the national coach has taken, I will follow up to and including the European Championship," Bierhoff told the Frankfurt newspaper FAZ.

However, other influential German newspapers were not as munificent.

"Loew should offer to resign," declared Bild. "Just seven months before the Euro, the German FA has to answer the question whether Joachim Loew is still the right man for the tournament," the paper added.

The Munich-based newspaper Sueddeutsche Zeitung said the humiliation in Spain must fuel the debate: "How much longer with Jogi Loew?".

"The fiasco in Seville will obviously have consequences," said Cologne-based Express. "Is Joachim Loew still the right coach for the national team?"

By contrast the Spain boss, Luis Enrique, was in a buoyant mood as his team advanced to the last four.

"It was one of the best and most complete matches of the Spanish national team," he said.

France were the first team to advance to last four after their 1-0 victory in Portugal on 14 November. Didier Deschamps' men rounded off their League ! Group 3 campaign with a 4-2 win over Sweden.

Olivier Giroud bagged a brace in the win to register his 43rd and 44th goals for France. The 34-year-old Chelsea attacker is seven strikes behind the record holder Thierry Henry.

Belgium or Denmark will progress from Group 2 while Italy, Netherlands or Poland can advance from Group 1.