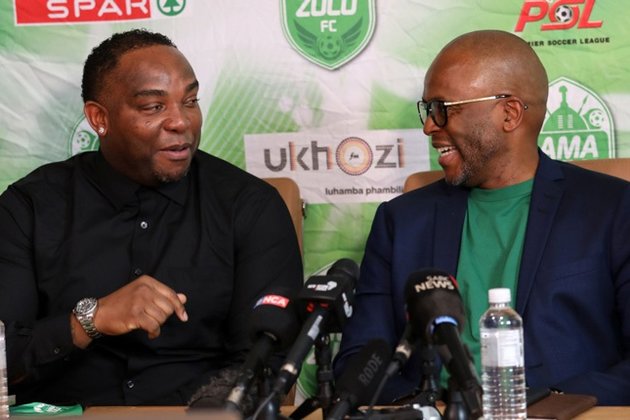 AmaZulu president Sandile Zungu is excited to have Benni McCarthy in charge of the club as they aim to build a dynasty in Durban.

McCarthy was unveiled as Usuthu's new head coach on Monday, after Ayanda Dlamini moved back to coaching the youth players at the club.

Zungu believes McCarthy is the right man to lead the club forward, due to his winning mentality and experience as a player.

"We want young players to associate themselves with playing in Europe and being part of this brand called Bafana Bafana, which Benni has done so much for, we want players to see it is possible to reach these goals by being coached by Benni," Zungu told the media.

"Benni is a terrible loser and we want to win and be the top brand in soccer going forward.

"There are great brands and we want to be among them. We are aiming for a top-four finish this season; we have the players to achieve this."

McCarthy added that it was an easy decision to take on the new challenge at AmaZulu.

"The President and the club did not have to sell me this vision. The fact that they want to not only impact the current squad of players but also the younger players who are still building their careers, because I was once a young player myself," McCarthy told the media.

"And it's important that we support those players. I'm highly optimistic that we will achieve the goals we have set for ourselves."