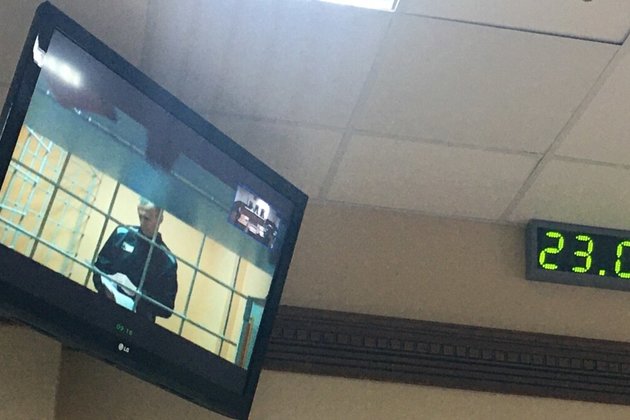 A Russian court has rejected jailed opposition leader Aleksei Navalny's appeal to annul his designation as a 'flight risk,' which subjects him to hourly nighttime checks while he is incarcerated.

In late May, Navalny turned to the courts to halt the nighttime checks, saying the measure amounted to 'torture.'

The anti-corruption campaigner was arrested in January upon his return from Germany, where he had spent five months recovering from a near-fatal nerve-agent poisoning that he blames on the Kremlin --an accusation that Russian officials reject.

He is serving a 2 1/2-year prison sentence on embezzlement charges that he says were trumped up because of his political activities.

After his arrest, Navalny was labeled a flight risk, which he and his supporters challenged, saying that his return to Russia of his own free will, knowing that he likely faced imprisonment, showed he had no intention of fleeing.

He went on a 24-day hunger strike in prison to protest a lack of medical treatment for severe back pain and numbness in his legs, ending it in April after getting the medical attention he demanded.

Based on reporting by Interfax