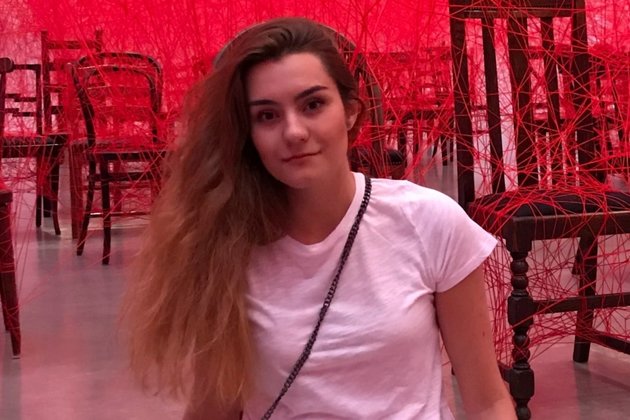 A court in Belarus has extended the pretrial detention of Sofia Sapega, who was arrested along with her boyfriend, opposition blogger Raman Pratasevich, in Minsk after authoritarian ruler Alyaksandr Lukashenka ordered a passenger plane they were on diverted as it flew over the country.

Sapega's mother told the Deutsche Welle news agency by phone on September 23 that her daughter will remain under house arrest until December 25, according to a court ruling.

She added that she was in daily contact with her daughter, who is treating the situation 'philosophically' with the hope that 'everything will work out.'

Sapega, a Russian citizen who lived most of her life in Belarus, and Pratasevich, who is Belarusian, were moved from the prisons where they were being held to house arrest on June 25.

They were arrested on May 23 after Belarus scrambled a military jet to escort a Ryanair passenger flight over its airspace to land in Minsk in what many countries regard as a 'state hijacking.'

After the plane landed, law enforcement immediately arrested the two, who were flying from Athens to Vilnius.

Pratasevich faces charges of being behind civil disturbances that followed a disputed presidential election in August 2020, an offense punishable by up to 15 years in prison.

He was a key administrator of the Telegram channel Nexta-Live, which has been covering mass protests denouncing the official results of the election, which handed Lukashenka a sixth presidential term.

The charges against Sapega are less clear. She faces criminal offenses but the details of her transgressions have not been released.

Belarusian authorities released a video of Sapega, a law student studying for her master's degree in Vilnius, where she says that she edits Black Book of Belarus, a Telegram channel that has published the personal information of security officials.

Belarus has designated the channel as an extremist group. But critics say she made the statement under duress.

Lukashenka's regime has been under international pressure since it launched a brutal crackdown on the political opposition and independent media in the wake of the disputed 2020 election.

The protesters say the election was rigged, while the EU, the United States, and other countries have refused to recognize the official results of the vote and do not consider Lukashenka to be the country's legitimate leader.

The United States, the European Union, Britain, and Canada have slapped several rounds of coordinated sanctions on Belarus in response to the mounting repression against the political opposition and the free media.

With reporting by Deutsche Welle