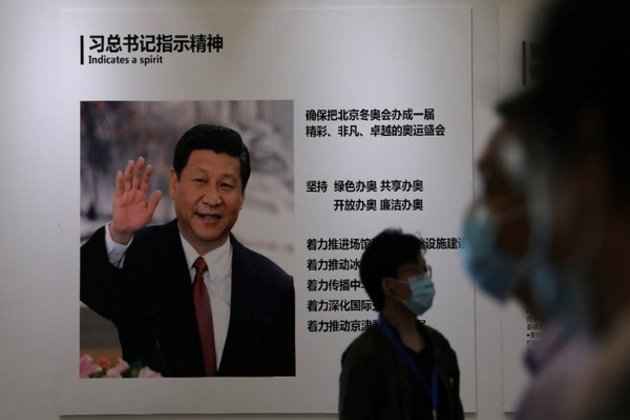 Beijing [China], September 23 (ANI): The recent actions by the Chinese Communist Party and President Xi Jinping against the big tech, corporates, real estate giants and others have now made the country an unsafe and "dangerous place for fresh investment", a media report said.

China in recent times announced a large number of crackdowns against private businesses. Experts believe that the actions aimed to placate the domestic audience and to raise the image of Xi Jinping in the country. Analysts call it a strategic move before the March 2022 National People's Congress, where Xi is widely expected to be confirmed as lifetime chairman, The Wall Street Journal reported on Wednesday.

He has been supported by many top figures in the CCP and country but now the Chinese President needs public support. Xi Jinping hopes to be seen as a strong leader in China by going against billionaires and forcing them to share their spoils. The communist regime got some easy targets as movie icons, Evergrande and others.Meanwhile, China attacks "foreign forces" for seeking to curb Beijing's rise. That refrain is constantly pushed by state media and diplomats, as it was in the cases of Hong Kong and Xinjiang. Given the constant political need for enemies to purge, the risks for foreign financial firms are clear, The Wall Street Journal said.

Beijing's anti-foreign sanctions law enacted in June should ring alarm bells. A failure to comply could land any foreign company in legal problems leading to the confiscation of assets by the state. Now foreign investors must understand that there has been a paradigm shift in Xi's China. Long gone are the days of pragmatism. What the Chinese state wants, the Chinese state gets. "We are entering an era of one globe, two systems." The recent Hong Kong experience taught us that the old days of playing both sides are over. One can operate either within China's orbit or outside it. For Western firms, straddling both sides will become unsustainable, according to Wall Street Journal. (ANI)