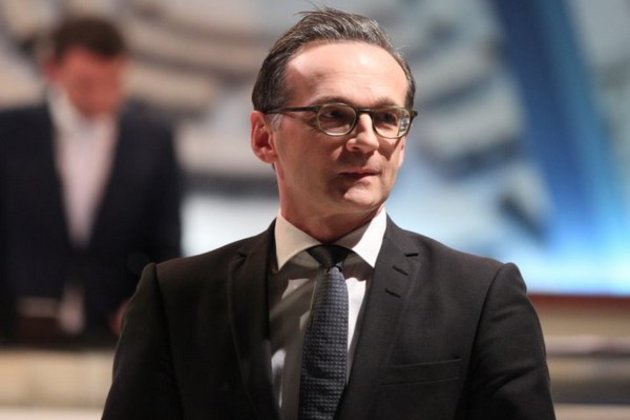 Berlin [Germany] September 23 (ANI): Heiko Maas, the foreign minister of Germany, on Wednesday opposed the Taliban's request to address the world leaders at the United Nations, saying that the "show by Afghanistan's new rulers would serve no purpose" at the forum.

Maas' remarks came after the Taliban, who took control of Afghanistan in August, said that they wanted to address the United Nations, The News International reported.

"To schedule a show at the United Nations wouldn't serve anything," Maas told reporters, adding that "what's important are concrete deeds and not just words."The Taliban on Tuesday also nominated their Doha-based spokesman Suhail Shaheen as Afghanistan's representative to the United Nations.

This comes as the Taliban had promised to respect the rights of journalists, freedom of expression and women's rights. However, the reports coming out from the ground point to large-scale abuses.

Earlier this month, the United Nations Secretary-General Antonio Guterres had also warned of a looming humanitarian catastrophe in Afghanistan.

Guterres also urged the Taliban to take immediate actions to tackle the crisis.

Meanwhile, US Secretary of State Antony Blinken had warned the trajectory of his country's relationship with the Taliban and support to the group will depend entirely on what it does, not just on what it says.

"The Taliban says it seeks international legitimacy and international support and that will depend entirely on what it does, not just on what it says. And the trajectory of its relationship with us and with the rest of the world will depend on its actions," Blinken said in an interview that was aired on TOLO news reported.

After the Taliban's siege of Afghanistan on August 15, the Taliban had promised to form an inclusive government.

However, contrary to its promises, the group formed the interim "Islamic Emirate", appointing hardliners in its new government who oversaw the 20-year fight against the US-led military coalition. (ANI)