Priyanka Chopra reveals how she landed role in 'Matrix Resurrections' 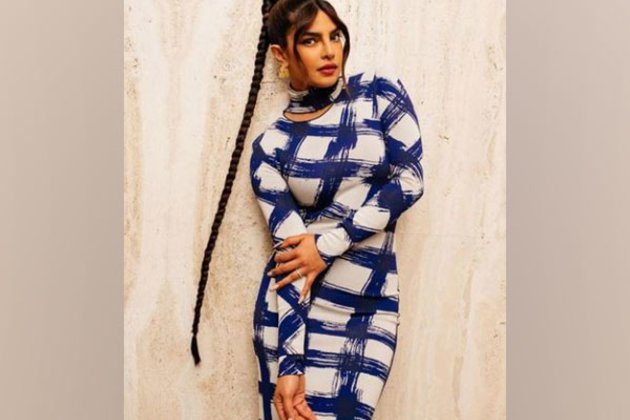 Washington [US], December 15 (ANI): At the 100th episode of Red Table Talk, Global star Priyanka Chopra Jonas on Wednesday opened about how she got her steps into the Matrix universe.

As per People magazine, the 'Fashion' star sat with her co-stars Keanu Reeves and Carrie-Anne Moss for the 100th episode of Red Table Talk, where she opened about how she got excited right after getting "the call" from iconic director Lana Wachowski.

"I think the Matrix trilogy changed cinema. I remember when the first Matrix came out so clearly. I was 16. I remember how it shifted culture, in terms of the questions and themes it treaded upon in terms of consciousness and reality," she said.

The 39-year-old also revealed how she landed a role in the film, which also stars Jonathan Groff, Neil Patrick Harris, Yahya Abdul-Mateen II and more.

"So when I got the call from my agent, I remember I was in India filming something, and they were like, 'Oh, [director] Lana [Wachowski] wants to meet you tomorrow in San Francisco. I drove to the airport. I was like, 'Sure!' Whatever it takes to get the opportunity to work with all of you lot, it's just such a privilege and an honour," Priyanka told.

The 'Dostana' actor also recalled her nervousness when filming a sequence with her costars.

"I really had a moment when we were doing that one scene in Berlin and all of you were standing across from me and I had all of those words. I remember my hands sweating. I told myself that 16-year-old me would never forgive myself if I didn't get my words right in front of all of you," said Priyanka.

"You rocked it," Reeves said.

The 'Matrix Resurrections' will release in theatres and on HBO Max on December 22. (ANI)