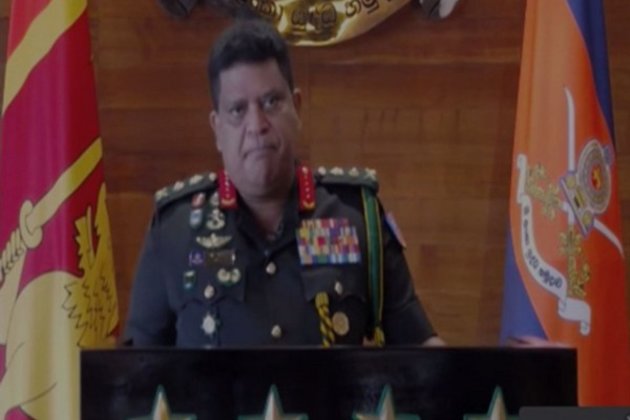 Colombo [Sri Lanka], January 20 (ANI): Prevention, cooperation and mutual assistance in controlled measures at international borders are essential to counter the transnational and connected nature of terrorists and criminal activists in the South Asian region, said Sri Lankan Chief of Defence Staff (CDS) General Shavendra Silva on Thursday, emphasising on the need of law enforcement's institutional reforms based on common and agreed policies.

"In the legitimate government efforts to fight terrorism or organised crimes, in this regard, a possible South Asian regional treaty could promote counter-terrorism and anti-crime measures by promoting institutional structures and decision making processes to promote cooperation, coordination, shared expertise and common legal approaches," said Silva while virtually addressing the "Countering use of Crypto Currencies to Finance Terrorism" event on Thursday.

"Due to the transnational and connected nature of terrorists and criminal activists in our region, prevention, cooperation and mutual assistance in controlled measures at international borders are essential," he added.

The General also said that there are avenues for collaboration by establishing information exchange at customs, imposing immigration barriers and commonly agreeing on the regulation of transporting and stockpiling of weapons and drugs, dangerous goods or potential warlike equipment.

Emphasising that mutual assistance can be enhanced by extending measures for collecting evidence of suspects, exchange of wanted personnel and etc, Silva said that enhancing the capacities of regional countries to handle terrorism and criminals would depend extensively on the training of law enforcement agencies.

"Apart from training for military personnel, of a particular country, it is also essential to carry out joint training for various armed forces of the South Asian region. Conducting counter-terrorism operations at a regional scale would also require regional funding. It is understood that funding counter-terrorism campaigns in recent times has become quite expensive due to the sophistication of insurgence," Silva added.

The General also said that "this is where we need cooperation as very experience armies, who have long been engaging in counter-terrorism operations, we have specialities, therefore we can share each other's specialities to counter each other's imitations.""Law enforcement's institutional reforms based on common and agreed policies and principles in the regional countries feel enhanced the compatibility between the countries in fighting transnational crimes and terrorism," he added. (ANI)