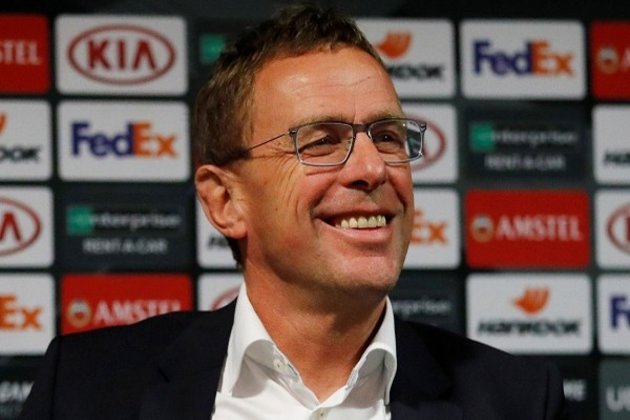 The 63-year-old will join up with Austria at the end of May for their UEFA Nations League games with Croatia, Denmark and France, after the conclusion of the 2021/22 Premier League campaign.

Rangnick has signed a two-year contract with Austria, which will automatically be extended by a further two years should they qualify for the 2024 European Championship in his native Germany.

He will combine the job with his consultancy role at Old Trafford as planned, after Erik ten Hag was announced as United's new manager last week.

"I will take over as national team manager of Austria at the end of the season but will continue my consultancy with Manchester United," Rangnick said.

"I'm really looking forward to playing my part in helping United become a real force again. It is an honour for me to take on the role of [Austria] manager.""The prospect of contesting the European Championships in Germany with a young team hungry for success fills me with great anticipation," he added.

This will be Rangnick's first role in international management, although he was the director of football at Austrian champions Red Bull Salzburg between 2012 and 2015. Ralf performed the equivalent role at RB Leipzig and was Lokomotiv Moscow's manager of sports and development prior to joining United as interim manager in December 2021.

His managerial CV includes two spells each at Leipzig and Schalke, as well as Bundesliga experience with Hoffenheim, Hannover and Stuttgart. (ANI)

DUBLIN, Ireland: The government of Ireland is preparing a new law to prevent foreign investments in critical technology and infrastructure ...

BERLIN, Germany: To prevent large increases in food prices, officials from G7 countries, including Germany and the UK, will push ...

Severe flooding in Bangladesh, India left behind a trail of destruction: EU

DHAKA, Bangladesh - The European Commission has allocated €2 million in emergency aid to those affected by the current floods ...

LONDON, England: UK Prime Minister Boris Johnson said this week that in order to move millions of tonnes of grain ...

MALDIVES, Male: Police used tear gas and pepper spray this week to control a crowd who disrupted a yoga event ...

WASHINGTON D.C.: Bipartisan legislation aimed at lowering U.S. insulin costs will be put to a vote on the Senate floor ...