How climate change is making extreme weather a regular occurrence 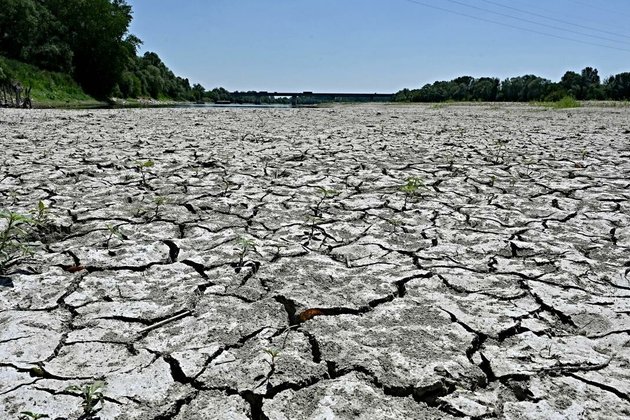 Torrential rains in Japan, record-breaking heatwaves in Europe, and recurring droughts in the western US. For the second year in a row the start of summer in the northern hemisphere has been marked by extreme weather. To what extent is global warming to blame?

In France, a particularly intense heatwave is set to start on July 11, lasting over a week with temperatures of more than 38C in a large portion of the country. The exceptionally warm weather will also hit the Iberian peninsula, with temperatures over 40C in Spain and Portugal, and the UK. This comes after France, Portugal and Spain experienced heatwaves in June, and Spain recorded the hottest May weather since the beginning of the century.

Firefighters in France have already raised concerns over the increased possibility of wildfires due to dry, hot weather.

At the end of June, Japan too was hit by an unprecedented heatwave. The mercury rose to 35C for consecutive days in the capital, Tokyo, and up to 40C in Isesaki in the centre of the country. Such consistently high temperatures broke records for the time of year, and were swiftly followed by torrential rains across the Japanese archipelago.

Across the Pacific Ocean, the western states of the US have been hit by significant droughts that are becoming an annual event. This year, however, experts are concerned that reservoir levels will fall so low that the Hoover Dam will no longer be able to produce electricity for hundreds of thousands of American homes.

>> Mega drought in US spells trouble for Hoover Dam reservoir

In early July, a state of emergency was declared in five regions in the north of Italy where records for high temperatures were broken one after the other. Rome spent multiple days baking in 38C heat. In Sicily, highs in the commune of Floridia hit 46C. On Saturday, July 2, for the first time ever, temperatures of 10C were recorded at the summit of the Marmolada glacier, in the Italian Alps.

As a result of the heatwave, part of the glacier detached itself and fell, killing 11 people. The following day, a pine forest south of Rome was the starting point for a forest fire.

How to explain these extreme weather events happing at almost the same time in multiple locations around the world? "It is absolutely not a coincidence," says Pascal Yiou, climatologist and researcher at French research centre le Laboratoire des sciences du climat et de l'environnement. "These meteorological phenomena are interconnected. A cyclone or a heatwave in the US has repercussions on the whole planet contributing to monsoons in India, for example."

While it is not unusual for such events to occur in tandem, there is still the question of why they are occurring with such intensity. Yiou says global warming is to blame. "It is disrupting the whole dynamic of the atmosphere," he says. "Rising temperatures at the poles disturb wind energy and, therefore, the alternation in cyclones and anticyclones."

Global warming creates, for example, favourable conditions for conflicts of air masses between the ground and high altitudes. These conflicts can cause phenomena such as "cold drops" when a bubble of cold air collides with warmer temperatures close to the ground causing heavy rain and storms. The opposite, when a bubble of warm air collides with cool air at ground level, can cause heatwaves.

Then there is a domino effect. One heatwave can intensify a drought or cause forest fires. Heavy downpours can kick start floods or landslides.

Climatologists such as Yiou say this vicious cycle is cause for alarm. Climate experts from the UN announced a "code red for humanity" in a 2021 report that said that heatwaves, floods and other extreme weather events would increase in an "unprecedented" way, in terms of frequency, scale, areas impacted and periods of the year when they may occur.

"The beginning of summer this year, just like last year, shows that the warnings are already a reality," says Yiou.

While the overall impact of warming on global weather cannot be denied, scientists have long been reluctant to pinpoint climate change as the cause for individual events. But since 2015, an international group of scientists known as World Weather Attribution (WWA) has developed a method for determining the extent to which the intensity of a weather event is linked to the climate crisis. The practice is called attribution science.

"Meteorological phenomena always come in multiples," says Robert Vautard, meteorologist and climatologist from climate science research centre the Pierre-Simon Laplace Institute, which contributes to WWA research, "But today we know that global warming can impact the probability of certain events. The objective now is to determine [how it affects] the scale."

They use the same methods to calculate the influence of global warming on a range of phenomena. "Using numeric models we compare a Planet A, representing the planet we live on, to a Planet B, representing a planet without any human activity," says Vautard. "We do thousands of simulations and we count how many times an event occurs on each planet and at what intensity level."

The point of attribution science is to understand how global warming is presenting itself around the world in our daily lives, and evidence shows it is a significant contributor to extreme weather events.

The WWA found that the heatwave that hit India and Pakistan in March and April was 30 times more likely to have happened due to climate imbalances. A heatwave in Canada in June 2021 was found to be 150 times more likely due to global warming. "In concrete terms, what we have shown is that this event could have happened without climate change, bit it was much less likely to," says Vautard.

Analysis can also show that events are not linked to global warming. This was the case for the winter storms Eleanor and Friederike, that hit Europe in January 2018.

In some cases, social and economic factors also play a role. Researchers found that climate change was not the main cause for famine in Madagascar, despite the UN stating the opposite. Instead, poverty, natural weather conditions and poor infrastructure were found to be the main causes.

"Similarly, if we are talking about something like floods, we have to weigh things carefully," says Vautard. "As well as precipitation, there is also the question of human management of waterways. Fires are often started due to human behaviour. But the human element is often difficult to measure."

It can also be harder to establish clear links between global warming certain types of weather, such as cyclones and tornados. Even so, Vautard says, "today the influence of climate change on waves of heat and cold is undeniable".

The WWA will shortly begin an investigation into whether global warming was a contributing factor to the heatwave in Japan in June.

Analysis of previous extreme weather events has already made one thing clear. "Extreme weather phenomena will be the norm from now on," Vautard says. "The only way to stop the situation getting worse is to fight as hard as possible against global warming."

This article was adapted from the original in French.