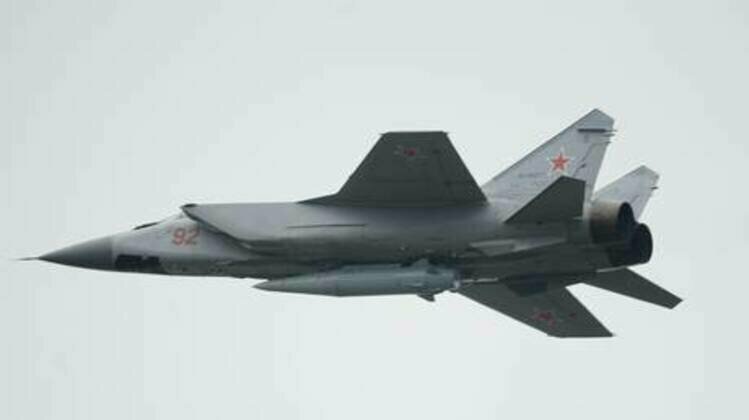 Planes equipped with Kinzhal projectiles have been deployed to the country's western exclave of Kaliningrad, Moscow says

On Thursday, the planes were relocated to Chkalovsk airfield in Kaliningrad Region as part of "additional strategic deterrence measures," the ministry explained.

During their flight, the Mig-31s worked out interactions with Russian forces stationed in the area, as well as the naval aviation of the Baltic Fleet, it added.

The planes, armed with Kinzhal missiles, will be placed on 24/7 combat duty in Kaliningrad, according to the Defense Ministry.

Russia's neighbor Finland said later on Thursday that the Mig-31s may have violated its airspace over the Gulf of Finland as they were heading to their destination. According to the Finnish Defense Ministry, an investigation has been launched into the incident.

Kinzhal, which means 'dagger' in English, can travel at a speed of Mach 12 (around 14,800kph), while constantly performing evasive maneuvers, which is believed to allow it to penetrate any existing air defenses. Several of these missiles have been fired by Russia during the conflict in Ukraine, according to the Defense Ministry.

It's one of several hypersonic systems developed for the country's military in recent years, along with the Avangard glider, which is fitted on silo-based ICBMs, and Zircon (Tsirkon) missiles, to be used by the navy.

Kaliningrad, which borders Poland and Lithuania, and has access to the Baltic Sea, also hosts nuclear-capable Iskander missiles.