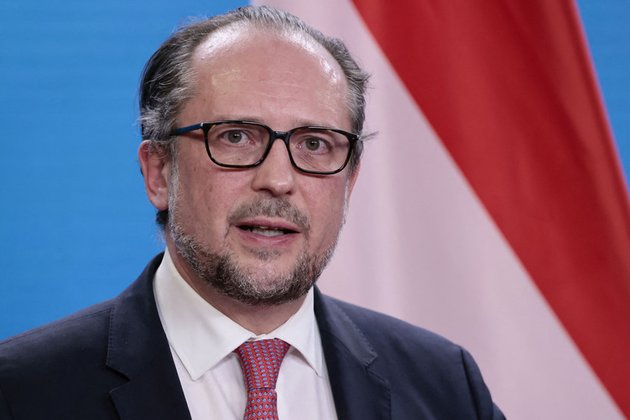 The EU would be better off focusing on the existing sanctions packages, the foreign ministry says

Vienna will say an emphatic 'no' to proposals of a ban on Russian natural gas imports, Austrian Foreign Minister Alexander Schallenberg said on Thursday, noting that the already adopted EU sanctions packages are comprehensive and may require clarification.

"I have said in the past that we should discuss this [possible tightening of sanctions] in an appropriate way, namely behind closed doors, but yes - we have already adopted six large-scale sanctions packages, and now we can think about closing the loopholes," the FM told ORF while answering a question on whether Vienna's position has changed regarding the possible strengthening of sanctions against Russia. Schallenberg added that "in case of further steps, primarily in the energy sector, with regard to gas, there will be a clear 'no' from Austria."

Austria, which is heavily dependent on Russian energy and sources around 80% of natural gas from Russia, has been opposing the EU's plan to restrict imports from Moscow.

The Federation of Austrian Industries earlier warned that the suspension of Russian gas supplies would be "a serious blow" to the welfare of the Austrian people as it threatens some 300,000 jobs.

According to the president of the federation, Georg Knill, almost the entire food industry depends on the supply of the "blue fuel." He stated in May that he saw danger not so much in the fact that Russia could "turn off the taps," but in the decision of the European Union to stop importing Russian gas.

In March, the EU rolled out a plan to reduce dependence on Russian gas by two thirds before the end of the year. The proposal is part of a wider plan to become independent from all Russian fossil fuels "well before 2030."